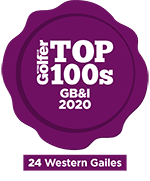 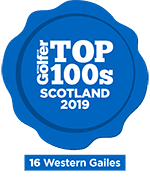 The Ayrshire coastline is blessed with some of Britain’s finest links courses, and Western Gailes is up there with the very best. Laid out in a figure of eight, the course has the railway track running down one side and the ocean running down the other. While the long, thin strip of linksland is typical of the west coast, the situation of the clubhouse in the middle is most unusual. This is links golf at its very best and the back nine is as hard as anywhere when the wind picks up. It usually blows from the west and makes the 17th hole one of the most difficult par fours you will ever tackle.

Western Gailes is essential to include on any Ayrshire itinerary, the club has hosted a number of prestigious tournaments, including the Scottish Amateur Championship, Curtis Cup, the PGA Championship as well as often being used as a qualifying venue for The Open.

Dunbar was designed by a combination of Old Tom Morris, Ben Sayers and James Braid, not a bad trio, and together they produced a links classic.

For those of us approaching from England, that makes Dunbar Golf Club an ideal choice either to open up your trip or to conclude it on the way home.