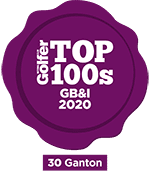 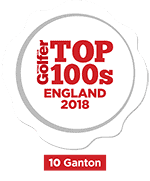 In 2003, it become only the third club in Britain, after Muirfield and Royal Birkdale, to have played host to the Ryder Cup, Walker Cup and Curtis Cup. Despite this fact it remains a course with which only the few golf connoisseurs are acquainted with. This is partly due to its remote setting, however it is much more accessible than a cursory glance at a map would suggest.
Whilst 10 miles inland of the seaside resort of Scarborough, Ganton has tangible links quality with its tight, springy turf and dense gorse bushes. There are also crops of pine trees and some of the biggest bunkers you will ever see on a golf course, which make it an incredibly hard course to pin down in terms of character. What is not in doubt is its quality.
Tees as good as most courses’ greens give the best possible opportunity of clearing the banks of gorse that separate many tees from the fairways and of splitting the gaps between the 111 bunkers that decorate every single hole. The closely-cropped turf is a ball striker’s paradise while the greens are fast and true, but with some evil humps and hollows, this is golf as it was meant to be played.
In addition to a wonderful golf course, Ganton is also home to a quaint Dormy House which is perfect for those groups looking to tackle the course twice or just wanting to maximise the Ganton hospitality.